24 photos
The following photos present a brief summary of how a glass cast is made. Initially a life cast is made from a person's face. This is assembled to make a mould into which hot wax is poured. The wax form is modelled to create a positive of the final piece. This is then cast into heat resistant plaster investment as mould made in two, three or even four pieces. Once the mould is constructed the wax is then removed to leave a negative space. It is this space which will, once heated, fill with liquid glass melted in a kiln at 800C.
The process of cooling the work can, depending on the size of the cat, take many weeks. Once the glass has been carefully removed from the mould the casting is ground and polished before.
© Christopher Blade Design 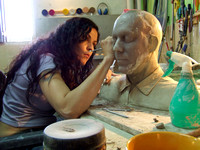 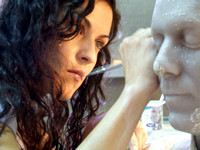 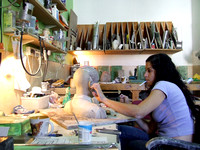 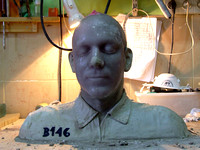 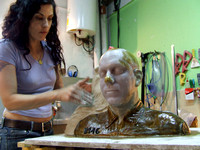 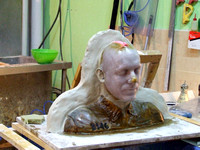 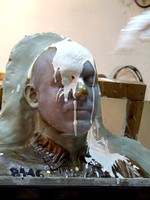 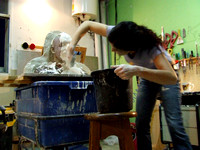 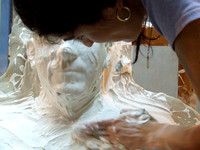 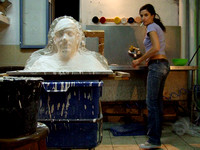 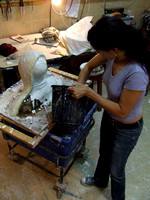 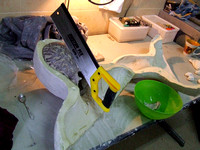 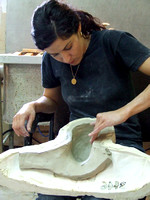 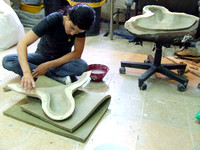 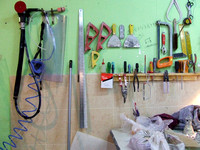 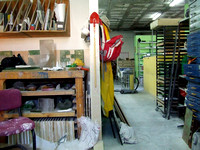 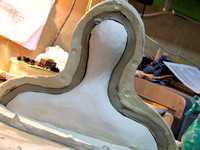 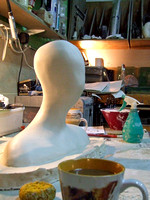 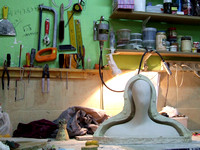 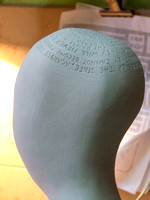