64 photos
No matter where you live you've probably got a little piece of Sunderland in your home. The city produced Pyrex, a revolutionary type of glass that became a "must-have" in kitchens throughout the world.

The company had fallen on hard times, but a new recruit to the family business, Ernest Jobling Purser, had heard about a technique for making glass that wouldn't crack or shatter in an oven.

Joblings saw its potential and secured the licence to make and sell it across the Empire.

Since the 1920's millions of casseroles, bowls, dinner services and measuring jugs have been churned out at the Joblings factory in Millfield.

Its glassware made Pyrex a household name around the world.

Pyrex was part of a social revolution. After the First World War and the disappearance of domestic servants, middle class women were forced into the kitchen. Pyrex was the first domestic item marketed directly at the housewife.

But few people realised just the impact that the introduction of a heat resistant glass would have. It was a godsend for the new domestic goddesses because you could safely take it from the oven straight to the table.

When white Pyrex came along, designs could be added - and sales went through the roof.

At its height 3,000 people worked at the Sunderland factory.

The factory has had a number of different foreign owners in recent years and in September 2007 it closed and production moved to France.
…………………

1912 - Corning Glass Works develop borosilicate glass which can withstand high or low temperatures for use in the railway industry for signal and rolling stock lamps.

The properties of the glass were also ideal for use in laboratories as it withstood sudden heating and cooling without breaking.

The glass included a high silica content with boric oxide as a fluxing agent.

1913 - As an experiment a Corning researcher asks his wife to bake a cake in an adapted version of the railway glass. The glass withstood the oven's heat and a design breakthrough was made.

1921 - James A. Jobling of the Wear Flint Glass Works in Sunderland is awarded the licence to make Pyrex in the UK.

1922 - Joblings start the manufacture of Pyrex on a small scale. The first products copied the American designs. Eventually more British styled designs were added including tea-pots and pie-dishes.

1932 - Joblings register a new design - the Streamline casserole range. It was smoother and simpler with handles on the sides and lid.

1972 - Mix 'n' Measure bowls and scales were added to the Pyrex range as well as Pretty Jars for storage.

1973 - Corning takes control of the Pyrex factory in Sunderland. Joblings becomes a subsidiary of Corning Glass.

2005 - Pyrex celebrates its 90th anniversary and releases a special glassware collection to mark the event. 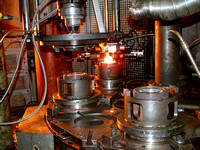 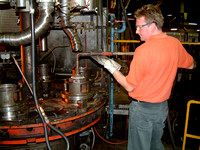 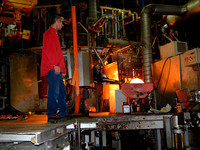 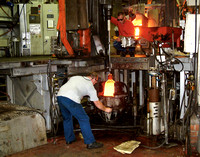 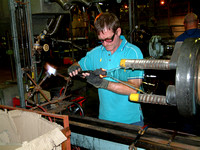 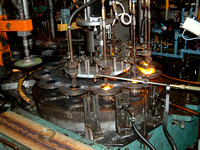 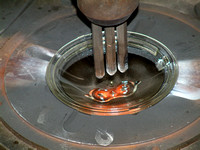 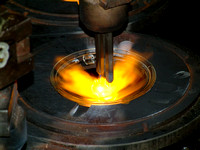 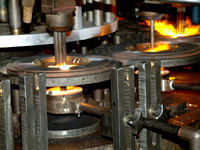 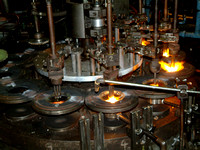 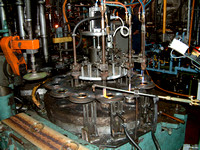 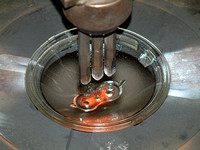 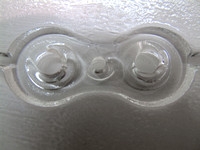 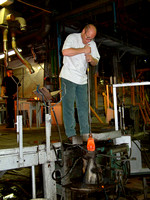 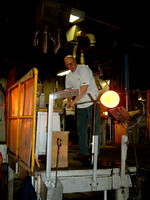 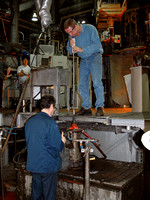 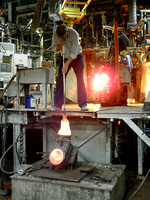